The 3 main kind of birds for foie gras production

Only a few species of palmipeds are raised for Foie gras production. In France, production is split between:

This goose has French origins. It is able to store a very significant amount of fat in its liver. This natural physiological capacity is a decisive asset for making high-quality foie gras.

Not all geese have the same ability to produce good foie gras. For example, Polish geese tend to store fat around their muscles, that is, on the meat.

For many foie gras lovers, the goose produces foie gras royalty. As is the case with all royalty, it is much rarer and accounts for only 5% of total French production.

Breeding and fattening ducks is little easier. As a result, over time, ducks dethroned geese - which were in the majority - in foie gras production. Ducks now account for 95% of fat palmiped production. 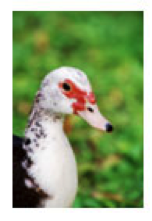 The Barbary duck has abundant meat which is leaner than that of the common duck.

Originally imported from South America after the "Americas" were discovered, it's a docile animal and a natural glutton. Its behaviour makes it perfect for fattening.

The Mulard duck is the result of natural cross-breeding between Barbary ducks and female Peking ducks (Anas platyrhynchos). 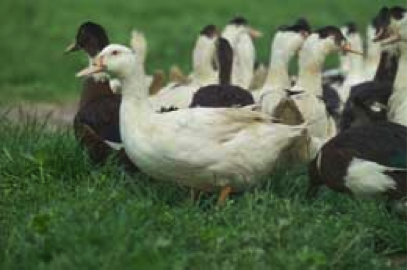 The Mulard duck is robust and well-suited to foie gras production.

The Mulard duck is now the most common duck on French farms. It produces quality foie gras and meat.

Foie gras production is based on the natural ability of ducks and geese to store large quantities of fat.

Foie gras, one of the best-known symbols of French gastronomy, is a dish with an ancestral tradition.