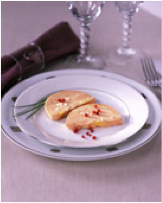 The fattening of geese and ducks came about because people realised that they had a natural tendency to eat more than usual before migrating. It’s been proven that the weight of certain migrating birds increases by half during this time! From north to south in early autumn and from south to north in the spring, geese and ducks "fill up" before taking on the skies and potential bad weather.

The growth of goose and duck breeding and fattening has always been a balancing act between culinary art and vital need. The fat produced by the ducks and geese also provided a way for farmers to preserve food (“confit”), particularly meats, for periods of food shortages.

The Egyptians were the first to fatten birds of all sorts to eat their livers.

It was likely the Greeks who shared their love of foie gras with the Romans who in turn passed it on to our Gallic and Gallo-Roman ancestors.

The technique of fattening using locally available resources continued to survive and be passed on by every new group.

The tradition of fattening geese and ducks was also passed on from generation to generation in the French countryside. Palmiped farming developed in the 16th century thanks to the introduction of the maize crop.

It was under Louis XIV, the Sun King, that people first talked about "foyes gras". From this time on, foie gras could always be found in the kitchens of our great chefs! 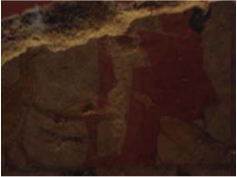 There are many illustrations of the capture, domestication, raising and gavage of geese and ducks in Egypt.

They show the incredible modernity of the waterfowl farming techniques used by the Egyptians of the Ancient Empire (2815- 2400 BCE).

Archaeologists have found about 20 tombs from the Ancient Empire decorated with scenes of fattening geese at Saqqarah and Giza near Cairo. 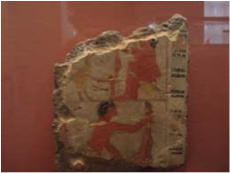 The frescoes decorating the tomb of Ti (2500 BCE) also show scenes of fattening geese and ducks. The illustrious Ti seems to have been such a great lover of foie gras that there are low reliefs in his mortuary chambers showing the techniques used to fatten geese in remarkable detail.

The Louvre has a reproduction of this fresco in which farmyard geese and ducks parade before the eyes of the deceased and his son. Two servants, or two slaves, prepare mash in a rounded cooking pot on a tripod. One of the servants is holding a funnel.

A practice that continues to our day

Figs, millet, sesame, vegetables and maize have all been used for fattening.

After the Egyptians, the Greeks and the Romans also fattened geese and ducks.

The etymology of the word "foie" comes from the Romans’ taste for the livers of geese fattened with figs: ficatum (a word derived from the Latin word ficus, or fig).

Documents from the 12th century describe "the secret for fattening duck’s livers with rolls of grilled sesame and vegetables".

In Europe, and France in particular, agronomy treatises were written at the end of the 14th century describing the fattening of geese.

The 18th century saw a significant change in the techniques used and the replacement of millet with maize.

Fattening geese and ducks had a dual purpose: foie gras, appreciated for its taste and delicacy, and the production of fat for preserving foods.

Using fat for confit preserves the meat for several months. This technique, commonly used in the countryside, was essential to ensuring a supply of meat at a time when there were no freezers! 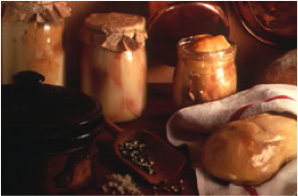 Fattening was a practical selection criterion for breeding ducks

Before the arrival of modern selection techniques, breeders would feel the ducks after a period of fattening and choose the ones with the largest livers.

The ability of ducks to store fat quickly has always been considered a sign of vitality and good health. The birds selected in this way were used for breeding.